African Cichlids are a popular fish in species aquariums due to their colorful natures and vivacity. There are more than 2000 different species of Cichlids, with new discoveries happening often, and live all over the world. The natural environment for an African Cichlid is the shores of the Rift Lakes, and thrive in large aquariums with abundance of rocks and hiding places, and a slightly alkaline PH. If you are looking after fish for your aquarium, Malawi, Victoria and Tanganyika cichlids are great as a single species tank, colorful and very active (though they can also be territorial and aggressive). While not all of the 1300 species of African Cichlids are suitable for the home aquarium due to size, there is still plenty to choose from.

Not all cichlids are the same, even if many fish stockists just call them “Cichlids”. Depending on their preferred ecosystem and environmental conditions and the lake they come from, there are different types of rift lake cichlids. In order to avoid a tank that is a maintenance nightmare it’s best to avoid mixing fish belonging to different groups.

Over 800 different species of cichlids are estimated to live in the habitats of Lake Malawi, in located between Malawi, Mozambique and Tanzania. Of those, about 300 have been listed by ichthyologists, and fall into two different groups depending on their natural habitat within the lake.

It is generally easier to keep an aquarium to only one of the groups, unless you have lots of space. Mbuna and Haps (peacock cichlids) have very different dietary requirements, and coupled with territorial issues and the fact that one group requires rocks and the other likes open swimming spaces it’s quite complicated to keep a mixed tank.

The second largest lake in the world is home to over 250 different species of cichlids, including the largest and smallest ones on record.  It has some of the most unique fish in terms of shape and habitat, which means they are the perfect choice if you are after an eye-catching aquarium. The most common groups of Tanganyka cichlids are tropheus cichlids (who live along the coastal fringes) and other varieties such as featherfins, Goby cichlids and shell dwellers (ostracophil) who will use the empty shells of aquatic snails for breeding.

Other cichlid species originate in West Africa, in the shores of Lake Victoria or even in the open waters of Madagascar. Among them, the dwarf cichlids which live in African rivers and streams in a huge variety of habitats. They are smaller and more peaceful than their cousins from Malawi and Tanganyika, so if you have a small tank they are the perfect choice, as they don’t require a species tank and won’t eat and un-root a planted aquarium. They are also fairly easy to breed, but they will become more territorial when they are about to lay eggs and they will defend their spawning point ferociously. Look for species within the following genera: Pelvicachromis, Nanochromis, Steatocranus, Benitochromis, Pelmatochromis, Thysochromis, Chromidotilapia, and Tilapia.

If you are interested in keeping an African Cichlid tank, it’s best to make yourself aware of the very different types of environments they require. Generally speaking, they are active fish that can become territorial, and with the exception of Dwarf Cichlids they can grow pretty large. They are also pretty messy eaters and so more suitable for a large tank with a very good filtration system. Under-gravel filters are generally a bad idea because this kind of fish will generally dig on the sand and rearrange the rocks and sand to their liking. They also tend to make quick work of other fish and plants (sometimes they even dig them out before eating them) so you are mostly looking at a Rock and sand freshwater aquarium.

If you want to keep Malawis you will need to imitate the conditions of the Rift Lake they come from. That means alkaline water, which is pretty hard and well buffered so the pH remains stable. You will need different kinds of decoration depending on which group you want to keep, either mostly rock with sand or mostly sand with rock and well oxygenated water. While they are not saltwater fish, they do like water conditions that are almost brackish, however they are very adaptable and if you buy fish bred locally they will adapt to pretty different conditions. But if you want them to bred, you will need really good water conditions, and territorial markers in the form of strategically placed rocks so they feel comfortable.

This lake is one of the deepest lakes in the world (second only to Lake Baikal in Siberia) and it enjoys really clear, stable and oxygen rich waters. There is such a variety of Tanganyika Cichlids that making generalizations about the best tank environment is risky: do your research ahead of time for your chosen group, and expect to keep a species-only aquarium.

Lake Victoria is not a Rift lake, but a much younger lake but the environmental conditions are similar to Lake Malawi cichlids so they are often kept together, keeping in mind to provide them with either a rocky or free-swimming environment as required.

African Cichlids are one of the largest families of fish, and you could spend an entire life as an aquarist just keeping species from this group. They are colorful, active and they develop their own personalities over time, so with a bit of care to the water conditions and a large enough tank they are pretty hardy fish that are suitable for a beginner’s species-only aquarium. They are perfect if you have tap water that errs on the alkaline and hard side, and most of the rocks and sand you use can be also used on a marine aquarium. The African Cichlid Genus is one of the most colorful and varied freshwater options and as such a big favorite among enthusiasts.

Tetra Whisper Easy to Use Air Pump for Aquariums... $5.83
SaleBestseller No. 2 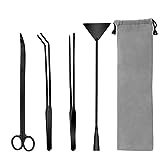